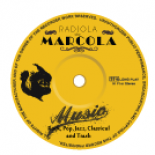 The Knife Shaking the Habitual by By Lindsay Zoladz

In the seven years since Silent Shout, the Knife’s mythology has grown to the point where the Swedish duo seem like something other than a band. “Band” implies people banging … Continue reading →

Charming, beguiling, lo-fi, folk-psychedelic slash indie musings at its best   From the haunting string and muted brass opening to The Shining, you can tell that The Hour Of Bewilderbeast … Continue reading →

Life After Death: The Legacy of Mark Sandman and Morphine by Tony Sachs

Mark Sandman, frontman of the Boston-based alternative rock band Morphine, died ten years ago, on July 3, 1999. It was the kind of death from which rock legends are born … Continue reading →

Astor Pantaleón Piazzolla was born on March 11, 1921 in Mar del Plata, Argentina, only child of Vicente “Nonino” Piazzolla and Asunta Mainetti. In 1925, the family relocates to New … Continue reading →

Kurt Weill – Composer Kurt Weill was a German composer, mainly of theatre music, whose legacy includes some of the greatest songs of the 20th Century, including ‘Mack the Knife’ … Continue reading →